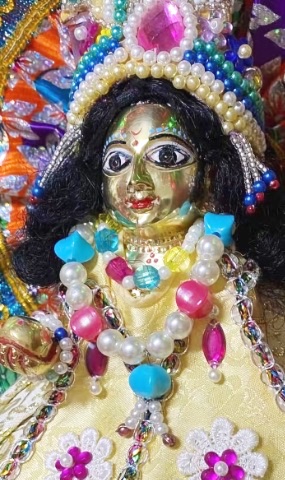 Would you ever imagine that a harmless article on MSN about  scientists climbing up and down the Grand Canyon would start a debate?

Here’s what started it: At the bottom of the canyon, said the article, flows the Colorado River. But millions of years ago, the river flowed along the mountain tops as it carved a deeper and deeper path for itself.

But not everyone agrees. Someone wrote in that no river can produce a canyon. Only God can do that. Otherwise, why doesn’t the Mississippi have canyons?

Actually, the Mississippi, as I saw in a recent article,  does the opposite. Instead of digging canyons, it carries dirt down from the north and piles it up around New Orleans at the southern end.

Or it used to. The people of New Orleans built walls to keep the Mississippi from flooding the city. So now all the dirt washes away into the Gulf of Mexico.

And poor old New Orleans? Slowly sinking into the mud. Yep. Southern accent, jazz clubs, Mardi Gras— all of it.

But do we need to ask about God? Someone else wrote in that the Catholics, the Anglicans, the Methodists, the Lutherans, and  the Presbyterians accepted evolution long ago.

I leaned back in my chair, cupped my chin in my right hand, and nodded. “Big talk,” I thought. “Does this guy know that’s why they’re losing people left and right?”

Fewer and fewer Americans identify with a church now. Who wants to get out of a comfy bed on Sunday morning, staggger into the shower, dress up, and sit for hours  just to listen to the same talk they hear in school and read in the news?

Didn’t somebody once say, “I am the Way, the Truth, and the Light”? I used to think it was Jesus. Now it’s Darwin.

Bringing Darwin into your church? Might as well hire a fox to guard your chickens.

And the two sides debated, finally hurling insults to prove their points.

The answer? Both sides are right. Both are wrong.

Here’s the problem: As one reader said, “Science and religion cannot go together.”

Or so he thinks. Of course, that may be true for what passes for science and religion today.

Why do we picture God as an old man sitting on a throne while he creates the universe?  The Bible doesn’t say it. The scripture known as Srimad Bhagavatam tells us something else: The youthful Krishna creates our world, and what’s more, he does it lying down.

Yes. It is Krishna, the personal form of the Absolute Truth, who creates the  elements as he lies on the sea known as the Causal Ocean.

The scientists have the facts upside-down. The first element Krishna creates is the intellect, also known as the Great Truth (Mahat Tatttva). Intelligence, then, is the beginning of creation, not the latest arrival.

Then Krishna creates all the other elements simply by looking at the Great Truth.

OK, but where does science come in? Well science must include the following:
the sudy of creation (It’s the scientists who theorized the big bang) and
the study of nature.

And just as the Absolute Truth is a person, so is nature, known in the Bhagavad-Gita as the goddess Durga, and known in the West as Mother Nature.

Krishna  impregnates Goddess Durga with all of the souls to be born in  this universe. And how does he impregnate her? Simply by looking at her.

No joke. Krishna is all-powerful. Any part of him has all the power of any other part. He spoke the Vedas just by breathing. He can eat just by hearing the devotee offering prayers. He impregnates Goddess Durga just by looking at her:

“It should be understood that all species of life, O son of Kunti [Arjuna], are made possible by birth in this material nature, and that I am the seed-giving father.” (Bhagavad-Gita 14.4)

Darwin based his theory of evolution on the idea that Mother Nature produces the living entities. But he left out Krishna, the impregnator.

“This material nature, which is one of My energies, is working under My direction, O son of Kunti, producing all moving and nonmoving beings. Under its rule this manifestation is created and annihilated again and again.” (Bhagavad-Gita 9.10)

And from a lecture by my spiritual master, Srila Prabhupada*:

“She is so powerful, Durga, that she can create [a] universe. Just as Krishna can create [by himself], Krishna also creates through her [Durga’s] agency. As it is stated, na tasya karyam karanam ca vidyate [Svetasvatara Upanisad 6.8]. He does not do anything directly, but as soon as He desires, ‘Let there… Sa aiksata sa asrjata.’

“These are the statements of the Vedas. In the Bible also it is said, ‘God desired: Let there be creation.’ Is it not like that?

“‘And there was creation.’ Yes. The modern man cannot understand.

“‘Eh! What is this?’ [the modern man asks.] ‘If somebody says “Let there be creation,” and immediately [the creation] is ready? And He hasn’t got to do it? These things are simply exaggeration.’

“But no, that is the fact. God does not do anything by Himself. He’s so powerful. Simply by His will. There are so many agents, and they are so powerful that immediately they can do it. The foolish people, they cannot see [how] the hand of God is working everywhere.” (lecture Srimad Bhagavatam 1.8.31, Oct. 11, 1974, Mayapur, slightly edited for readability)

Eternally touching my head to the floor at the lotus feet of my spiritual master, Srila Prabhupada, for showing me all this.

(Note: The opinions expressed in this article are my own and do not necessarily reflect the opinions of any organization or any other person.)

His Divine Grace A.C. Bhaktivedanta Swami Prabhupada is the teacher who brought Krishna Consciousness from India to the West and then to the rest of the world. He is the founder of the worldwide Hare Krishna Movement as well as the author and compiler of many works of Vedic knowledge. He left this world in 1977.

One of the first American devotees of the Hare Krishna Movement, he became Srila Prabhupada’s disciple in 1966. Since then, he has preached Krishna Consciousness in many countries and is the author of “My Days with Prabhupada,” available from Amazon. Now 85 years old, he has started this blog to share what he has learned.