This knowledge is the king of education, the most secret of all secrets. It is the purest knowledge, and because it gives direct perception of the self by realization, it is the perfection of religion. It is everlasting, and it is joyfully performed.
⁓Bhagavad Gita

In 1985 I was living in a devotee community in West Virginia when we received a letter about a new project in the Hare Krishna movement. The letter was stamped “confidential”  and printed on colored paper to prevent photocopying.

“They think it’s a secret,” said my godbrother Hayagriva, “but everybody’s going to find out.”

“Now, Bhagavad Gita,” he continued, “that’s a secret. You can buy it everywhere, and it’s written in plain language, but only devotees can understand it.”

I knew what he meant.  I first heard about a book called Bhagavad Gita in 1965. It revealed the mystical secret of life, I was told. So I sauntered over to a bookstore in Manhattan’s Greenwich Village, bought a paperback copy, took it home, and opened it— with big expectations.

Alas,  I understood  nothing. It was an intertwined jumble of poetry and prose, and nothing was clear. “Well,” I thought, “so much for the Bhagavad Gita.”

The Supreme Absolute Truth Is a Person

Then in 1966, strolling down Second Avenue I saw something new, an empty storefront with a signboard in the show window: “Lectures on the Bhagavad  Gita.” I ignored it. I already knew about the Bhagavad Gita, didn’t I?

But I went one night and heard a surprising statement from the lecturer,  an elderly teacher from India named A.C. Bhaktivedanta Swami: “The Supreme Absolute Truth is a person.”

Krishna says it many times in the Gita, but people are fooled by commentators, like big scholars and philosophers, who say Krishna doesn’t mean it.

Why Would Krishna Mislead Arjuna?

But Krishna speaks the Gita to pacify his friend Arjuna, a warrior prince dismayed to see his own cousins and teachers in the lines of the opposing army. There is no time for meaningless talk. The battle is about to begin, and Krishna wants his friend to understand immediately. Why would he confuse Arjuna  with false statements?

One may argue that although Arjuna agrees with everything Krishna says, it is out of politeness or that he  flatters his friend. But Arjuna  backs up his words by citing spiritual authorities:

All the great sages such as Narada, Asita, Devala, and Vyasa confirm this truth about you, and now you yourself are declaring it to me. O Krishna, I totally accept as truth all that you have told me.

In the fourth chapter Krishna had already told Arjuna that Arjuna’s understanding was perfect and why:

You can understand this teaching because you are my devotee and my friend.

Study the Words of Arjuna

Because Arjuna’s understanding is right, follow his  words and also become Krishna’s devotee and  friend. Thus Arjuna shows us the path to our own realization  The misleading commentators err by not following him.

The narrator, Sanjaya, mentions Arjuna’s importance again in the conclusion to the Bhagavad-Gita:

Wherever there is Krishna, the master of all mystics, and wherever there is Arjuna, the supreme archer, there will also certainly be opulence, victory, extraordinary power, and morality. That is my opinion.

So the next time you read the Bhagavad Gita or if you are reading it now, try this point of view: The whole text is meant to bring us to the point of worshiping Krishna. This most secret of secrets will immediately  become clear.

Still don’t believe me? Try it.

Eternally touching my head to the floor at the lotus feet of my spiritual master, Srila Prabhupada, 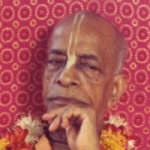 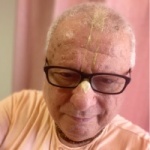